Picture shown is for illustration purpose only

Black Bear
Gaze up and see stars, as snow drops out of the sky. The sounds of a ski village, snow falling as you sit in a heated hot tub… out of the trees a black bear appears…, powerful and beautiful. Spiritu’s black bear… can you handle it?
Can be mixed with: Ginger Beer
Ingredients: Black Tea Infused Smirnoff, Cinzano Bianco, Orange Liqueur, Honey
Can be consumed on the rocks, dried citrus/cinnamon stick
Vol. 21%

Chai Martinez
The Indian Chai Masala, paired with London Gin and an Italian Vermouth, creating history in a bottle. A sweet drink with hints of cardamon, cloves and other spices.
Can be mixed with: Ginger Ale / Tonic Water
Ingredients: Gordon’s Gin, Martini Rosso, Falernum Syrup
Can be consumed on the rocks
Vol. 20%
VEGAN 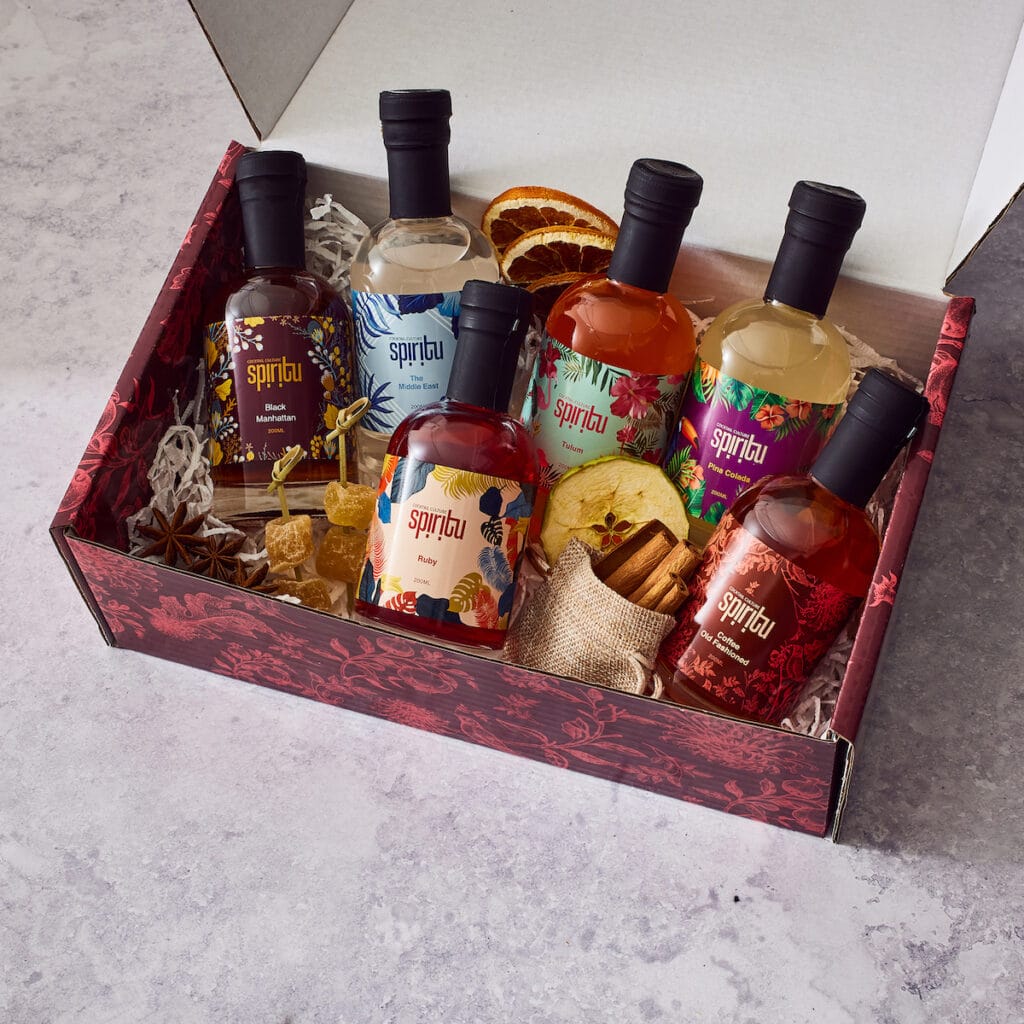 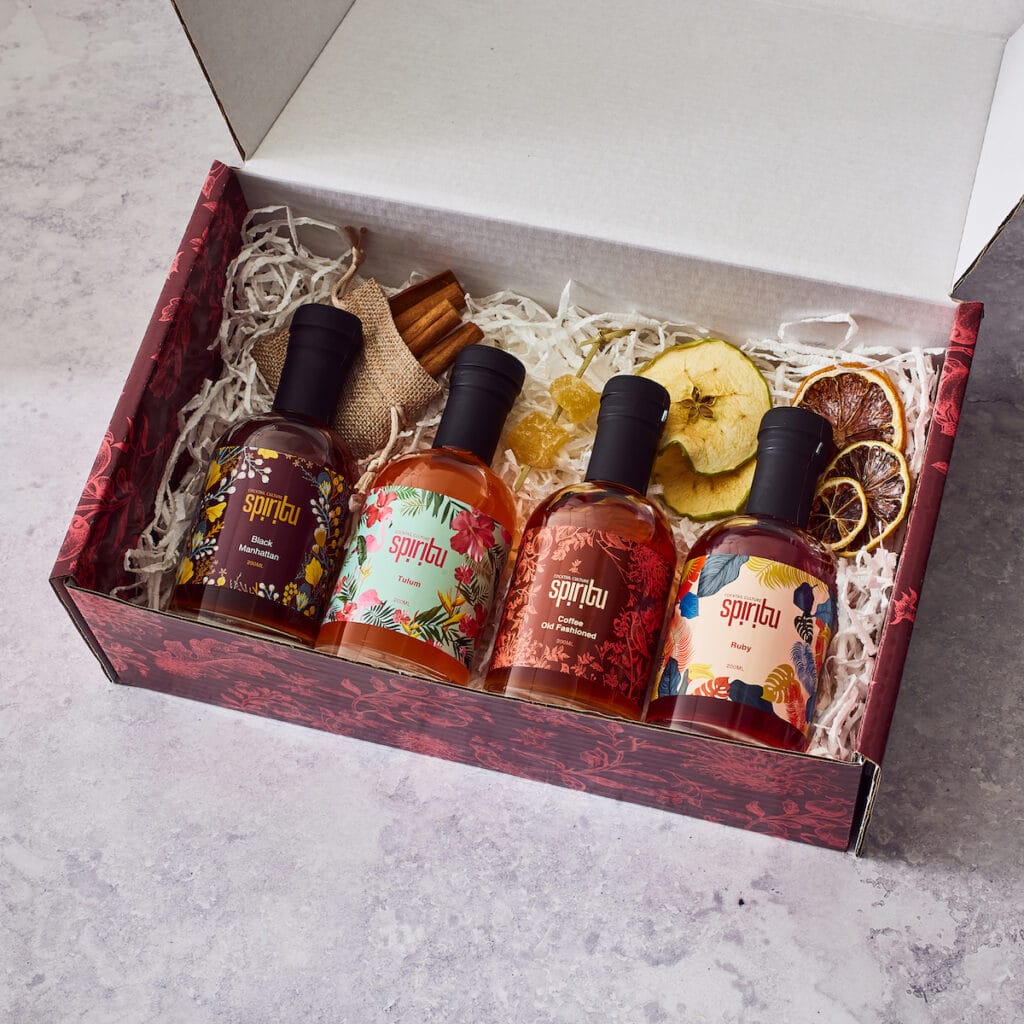 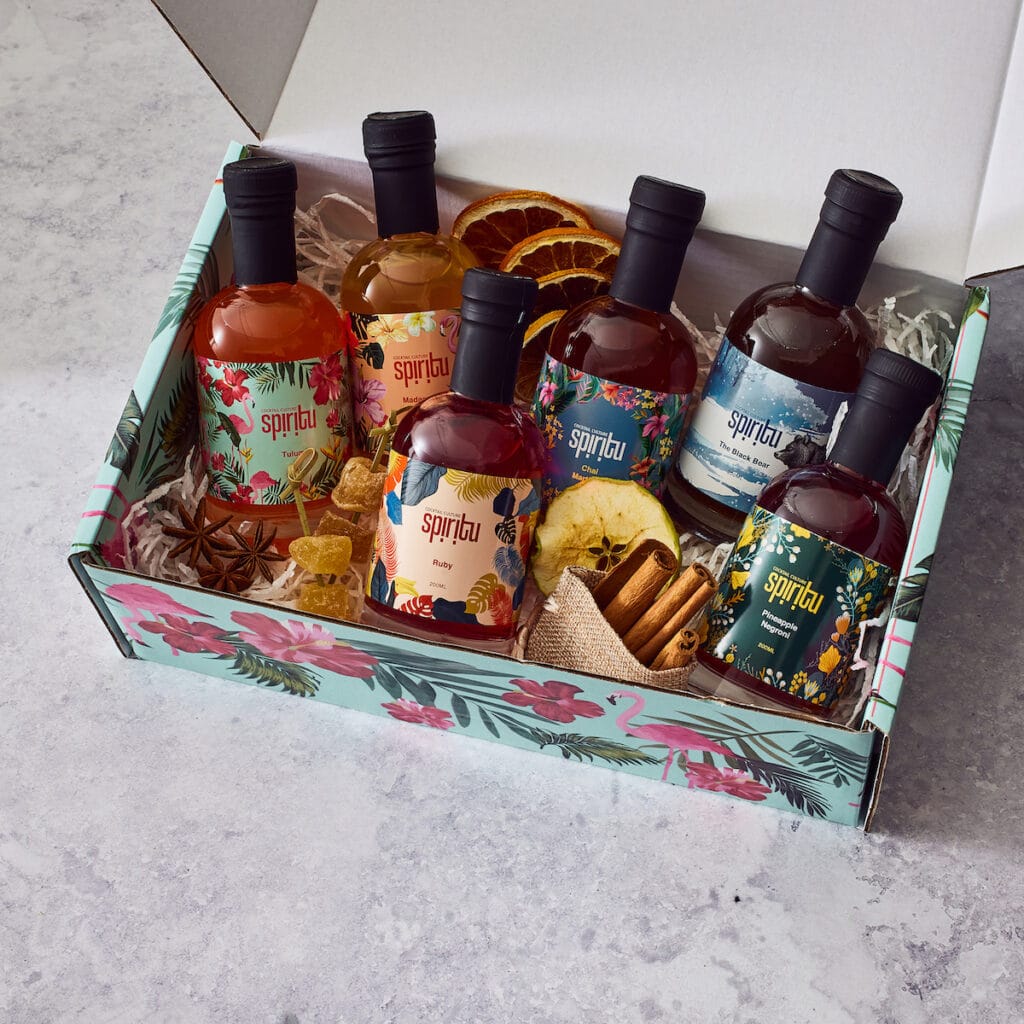 RHYTHM OF THE NIGHT